Forces are interactions between objects that cause a push or a pull between them. We can use these pushes and pulls to move objects. In this activity, students apply a sideways force to an index card and pie tin to make each of them move horizontally. With these objects gone, the supporting structures are removed from both the gem and the egg and they are pulled into the cup by gravity.

For middle school students, these activities illustrate Newton’s 1st Law which states that an object at rest remains at rest and an object in motion remains in motion unless an unbalanced force acts on it. While both the gemstone and the egg are at initially at rest, the removal of their supports allows the force of gravity to pull them to the bottom of the cup. 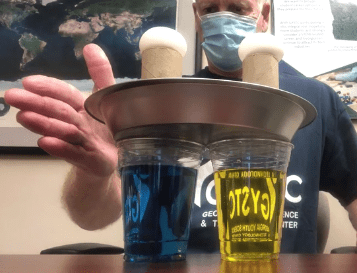 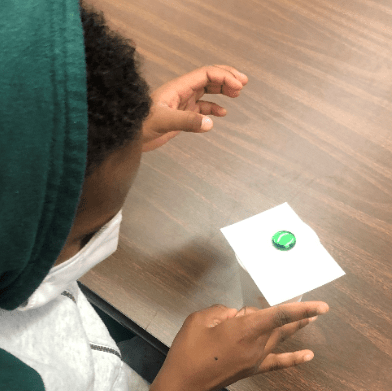